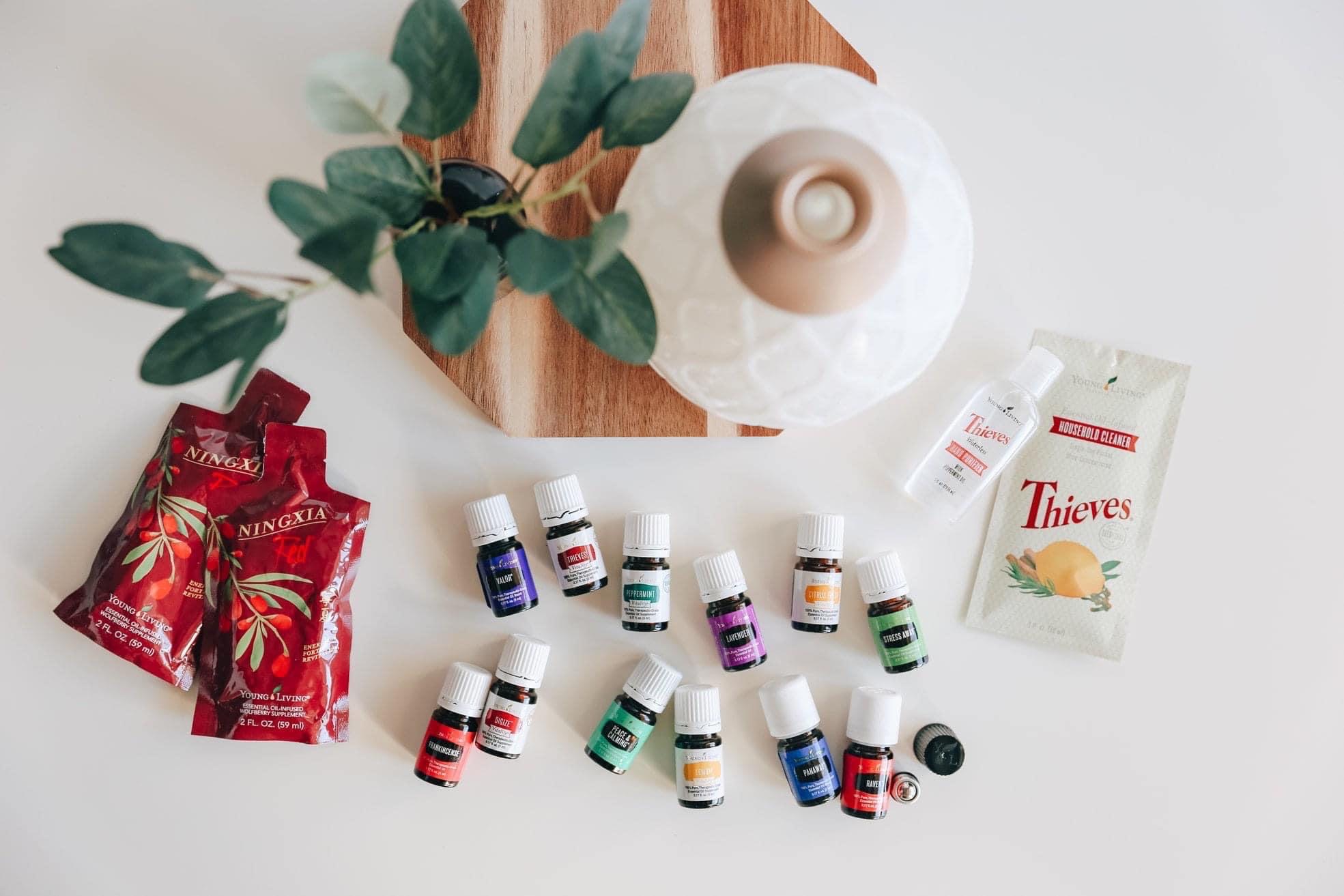 This is not a get rich scheme, or a pyramid scheme so calm your camels.

This is a, “plant a seed, give it love and attention watch it grow throughout the seasons,” type of business.

So if you have patience and a drive to succeed, then you absolutely will. It is certainly different than the normal nine to five, hour to wage model.

This produces Passive Income or also know as Residual Monthly Income. You get out of it what you put in it.

The second I saw a Young Living Essential oil post on my cousins Facebook wall, I knew I was going to make this my new job. I clicked the link, put in my address and shipped that Starter kit to my house.

Before this impulse buy,  I did not know a thing about sharing oils or even a sprinkle of knowledge about Young Living. I just had a “good feeling.” 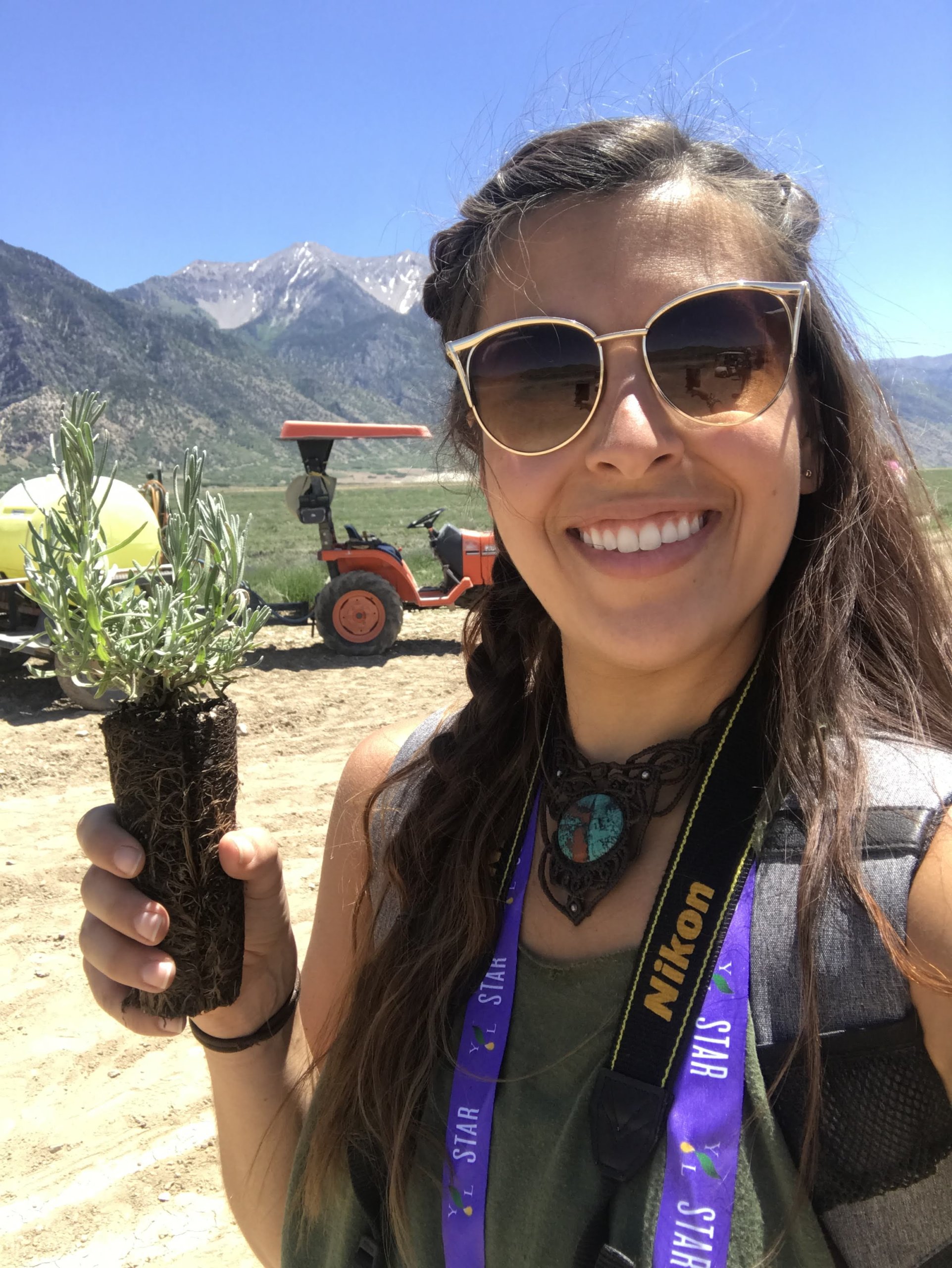 I was intrigued and inspired as I started looking up DIY recipes to start making my own home and beauty goods.  I already loved plant based remedies as I healed so many ailments on my own from this book, “The Illustrated Encyclopedia of Healing Remedies.” 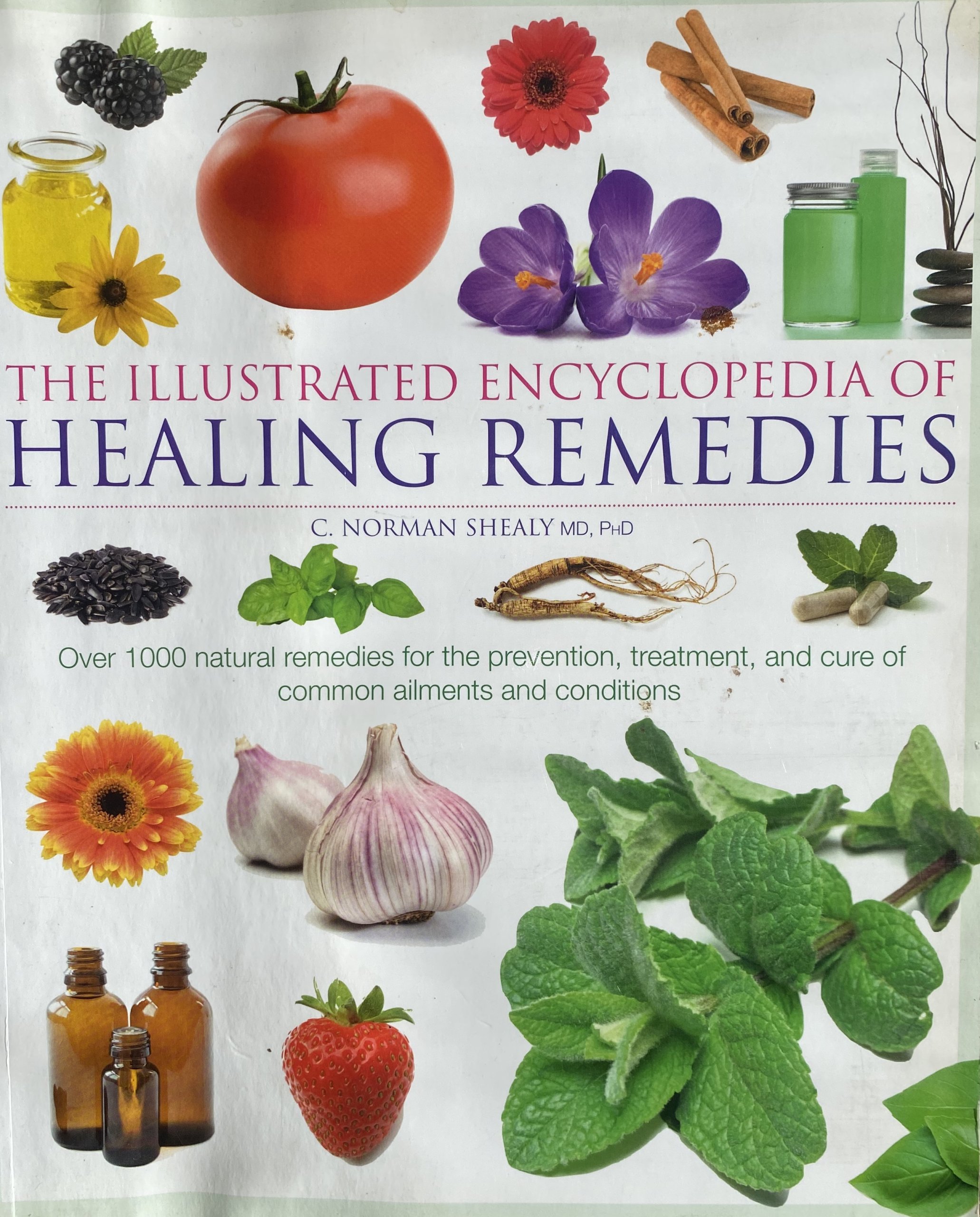 I used chamomile tea bags to cure my pink eye. Garlic cloves to cure my first and only yeast infection. I started experimenting with Oil of Oregano when I felt like I was about to get sick, along with soothing my sniffly nose with eucalyptus or peppermint oil.

From personal experience and doing my own research I fell in love with learning more about our Earth’s Magic to support our bodies. I trust myself and this earth.

You do not need to be a doctor to tap into ancient wisdom. All you need to succeed is a willingness to do some research, become inquisitive and experiment with what works with your body.

After all you know your body best. I am also not saying, don’t go see a doctor, rather educate yourself on preventative medicine, herbal solutions and the power of plants so you don’t have to visit the doctor as often. You will find that plants, herbs and spices carry many benefits to organically and harmoniously support your natural body systems.

Young Living was a perfect opportunity to tap into this ancient wisdom.

This wisdom has been passed down for centuries. The Bible and ancient scriptures like the Eber Papyrus (one of the oldest preserved medical books in history) mention Frankincense, Myrrh and Cypress to name a few.  Plants have always been here.  When we tap into that knowledge we uncover amazing truths 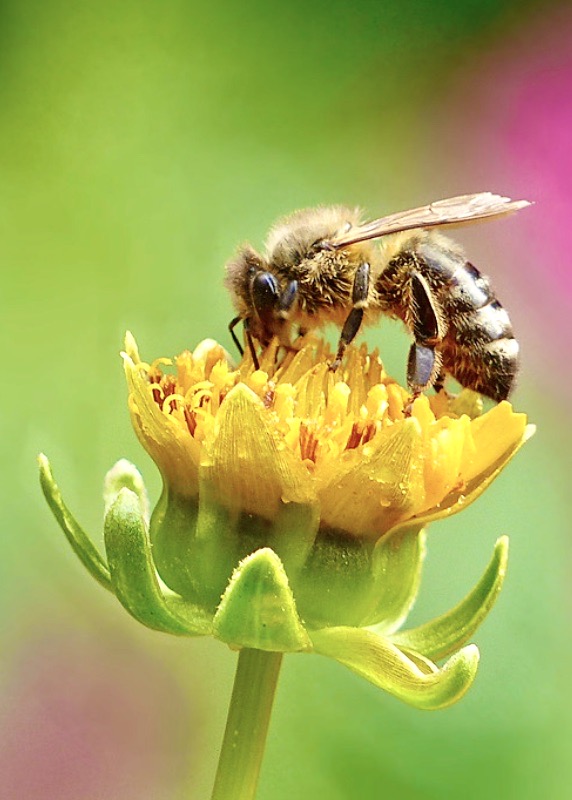 After all medicine was birthed from the Earth. The herbs, roots, shrubs, and seeds all come from this live rock we live on.

Pesticides and herbicide are a quick fix for pest control and weeds.  It is cheaper and faster to blast plants with terrible chemicals than tending to acres of farmland. Those chemicals are terrible for our bodies and our planet!!!  Pesticides kill all insects including bees!!

Young Living has a Seed to Seal promise. From seeds, cultivation, distillation to sealing up the product, Young Living has control over their precious plants. This means they do their own pesticide and weed control by hand and with the use of natural herbicides. 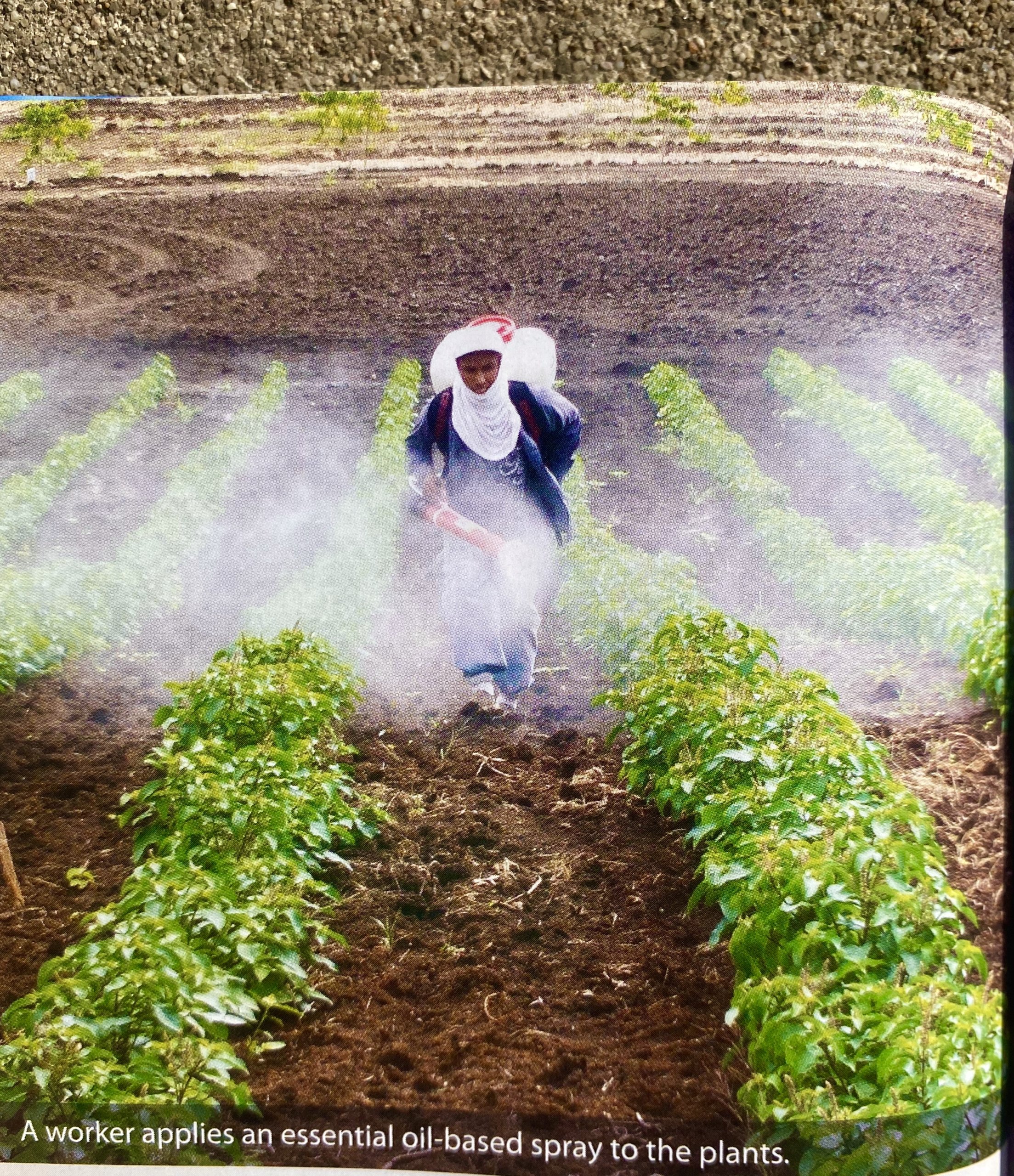 Gary Young developed a natural herbicide made with essential oils using Palo Santo, Cinnamon, Idaho Tansy, Citronella and Pine with Neem oil as a carrier oil. These natural herbicides may be more expensive however the quality of the soil to the plant itself is organically improved and therefore can be called 100% pure Therapeutic Grade oils.

Using the oils as pesticides dramatically improves the organic environment of the plants. The organic quality of the whole process is done with much care and intention.  You can smell and feel the difference.

You can put these oils on your skin without worrying about pesticides or chemicals getting in your bloodstream.

You can visit any farm and plan a trip to be a part of their Seed to Seal Process.

Here is a picture of me at convention in Mona, Utah planting a lavender seedling. We were super careful and intentional with our planting as the true farmers stood near to make sure we did it right!! 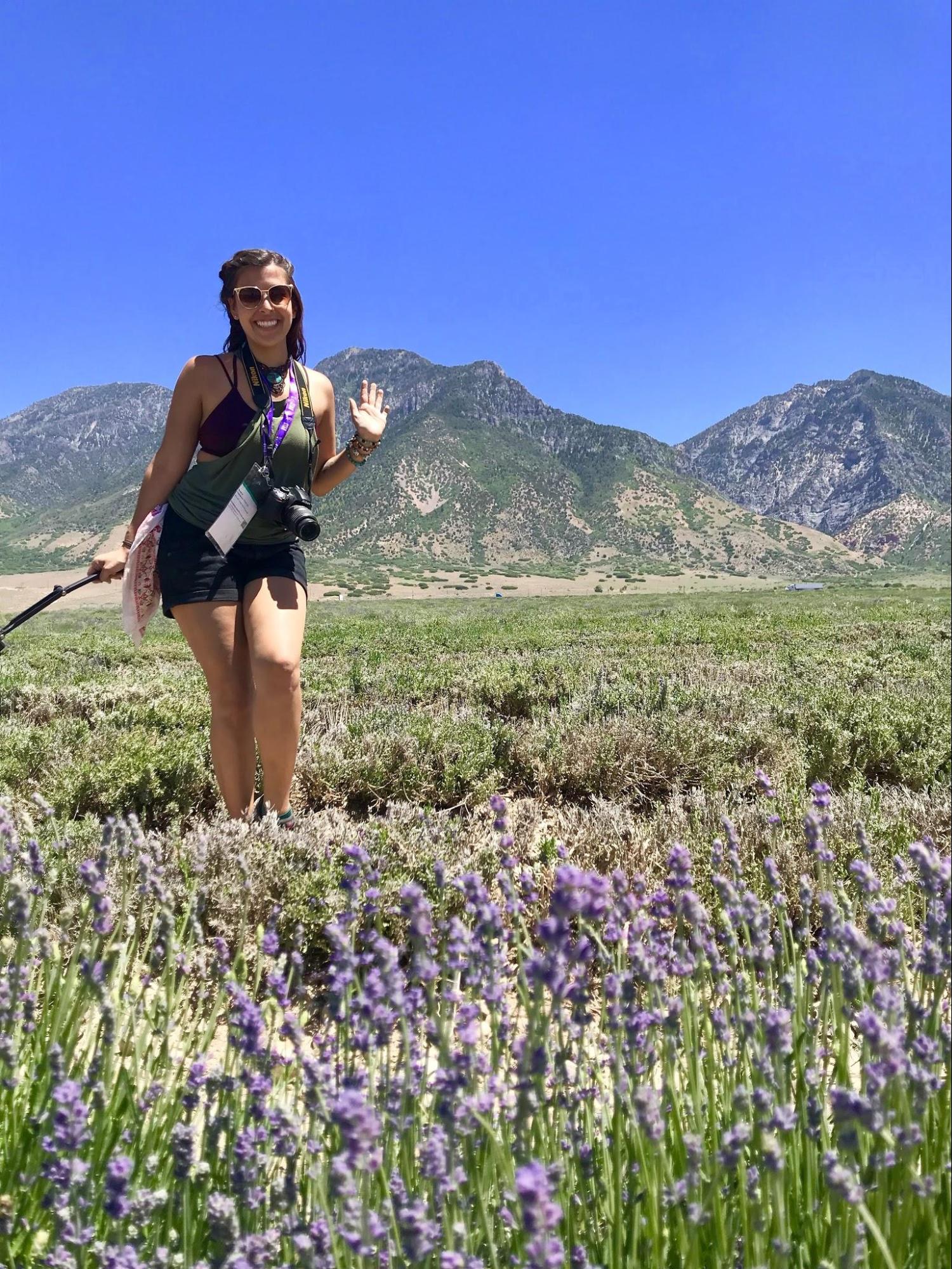 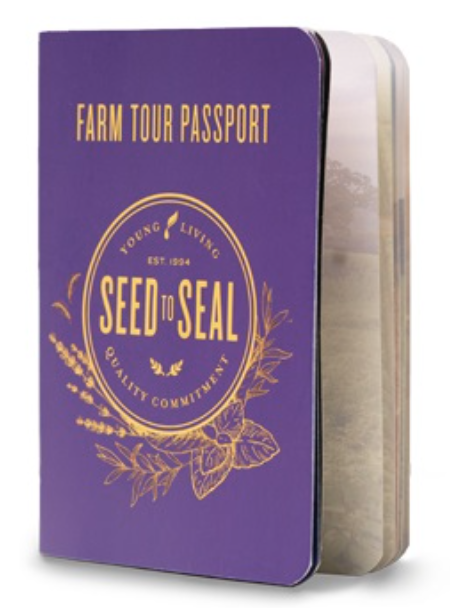 Gary and Mary Young educate the world about plants, they created the Seed to Seal process which is accessible to anyone.

I feel immense gratitude to this power couple and team of experts behind production. 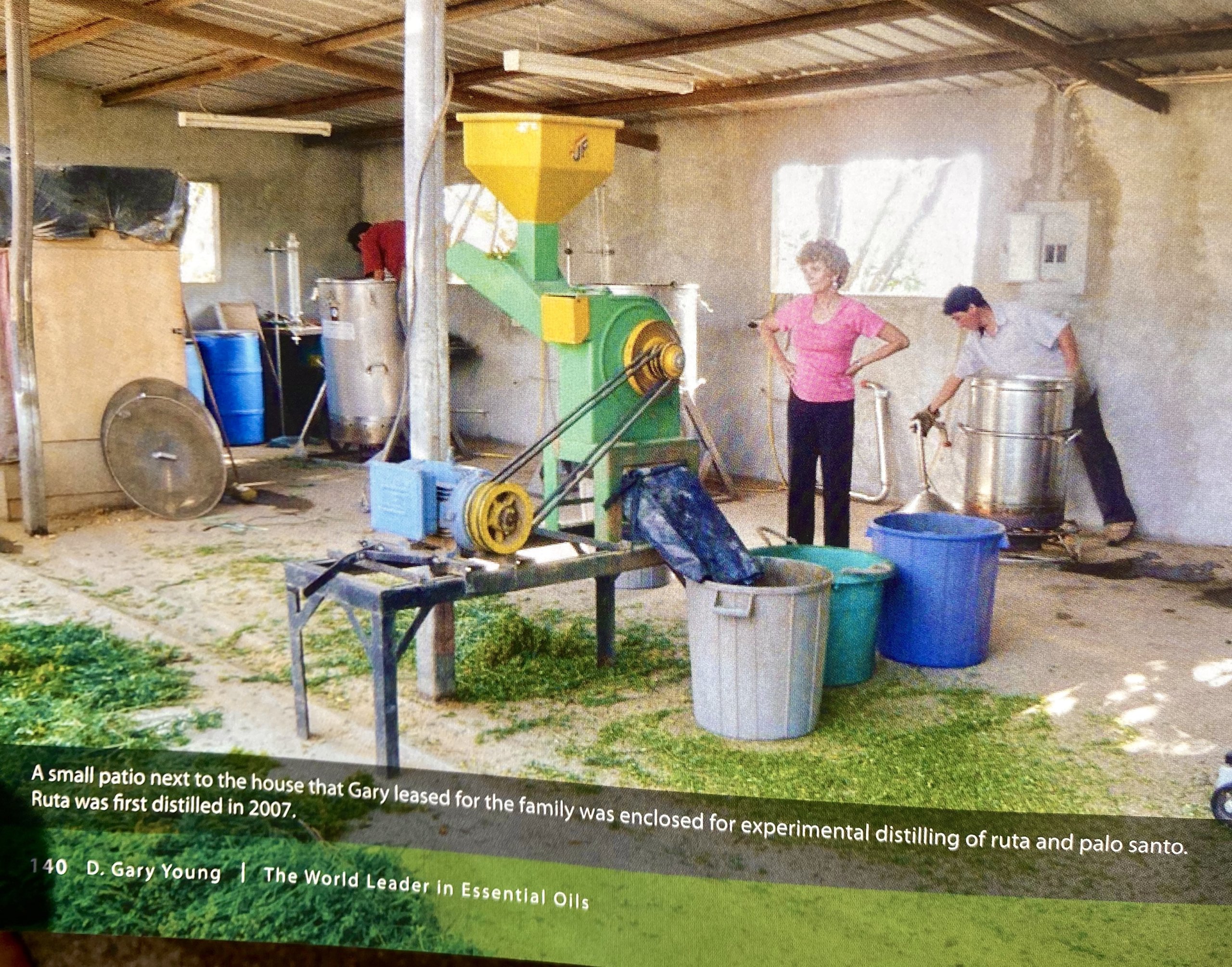 Mary in Ecuador experimenting with the distillation process of Palo Santo.

We need more Young Living Advocates to spread the word about the power of plants!!

After all our bodies are made organically from this planet therefore, plants harmonize best with our body to support healing.  There is a reason why Essential Oils are a hype right now.

How did you get started?

I started making my own sustainable monthly income simply by getting a starter kit and getting my Essential Rewards each month. I had to witness what was possible with plants.

Since I’ve started there is no reason for me to get toxic synthetic crap anymore. I refuse to support other companies that poison our waterways and bodies.

Using Young Living as a customer and builder has been my way of actively supporting what type of future I think is possible with plant based, heart centered solutions. 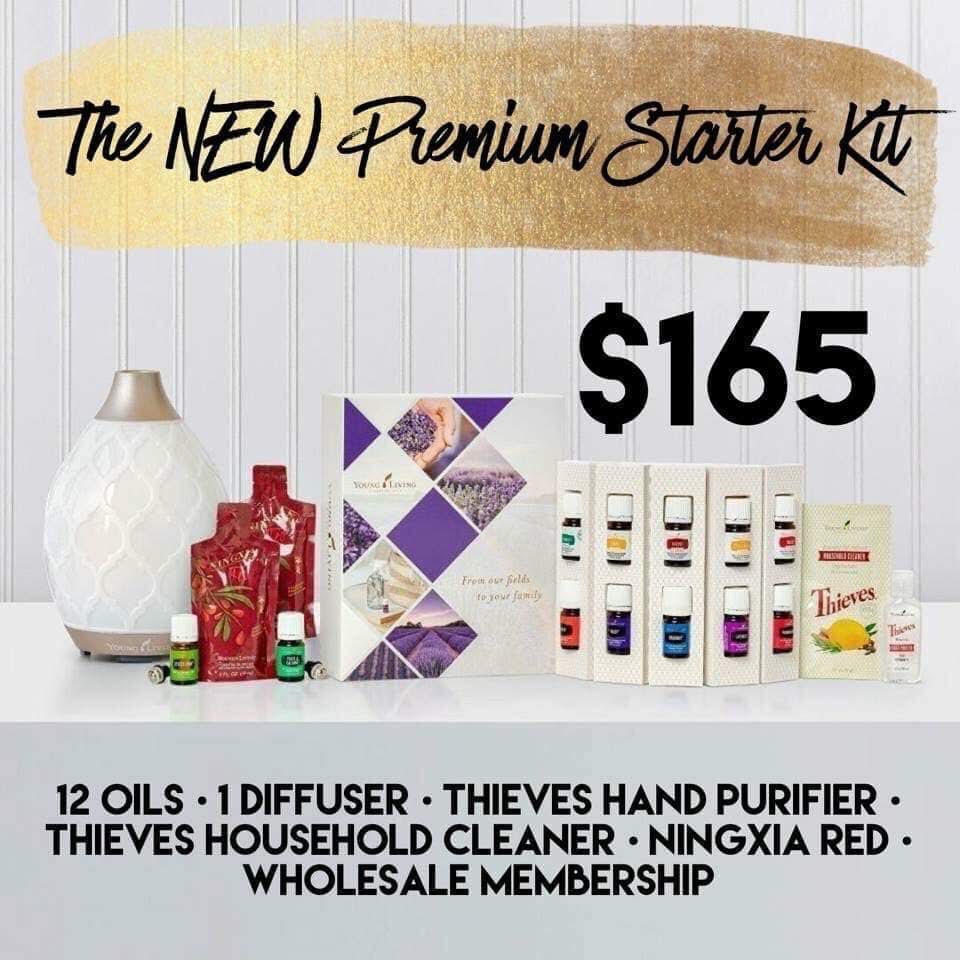 Once I watched “Stink,” I decided to control every single product I allowed near me. I used to buy toxic cheap crap as I blindly spent money on harmful companies.

I jumped on Essential Rewards at enrollment. It is a perfect way to start swapping out the poisons for pure PLANTS.

It has been such a blessing as it’s only $50 a month to get anything I would normally buy at the store but the BONUS here is earning back “rewards” to get MORE FREE goods. 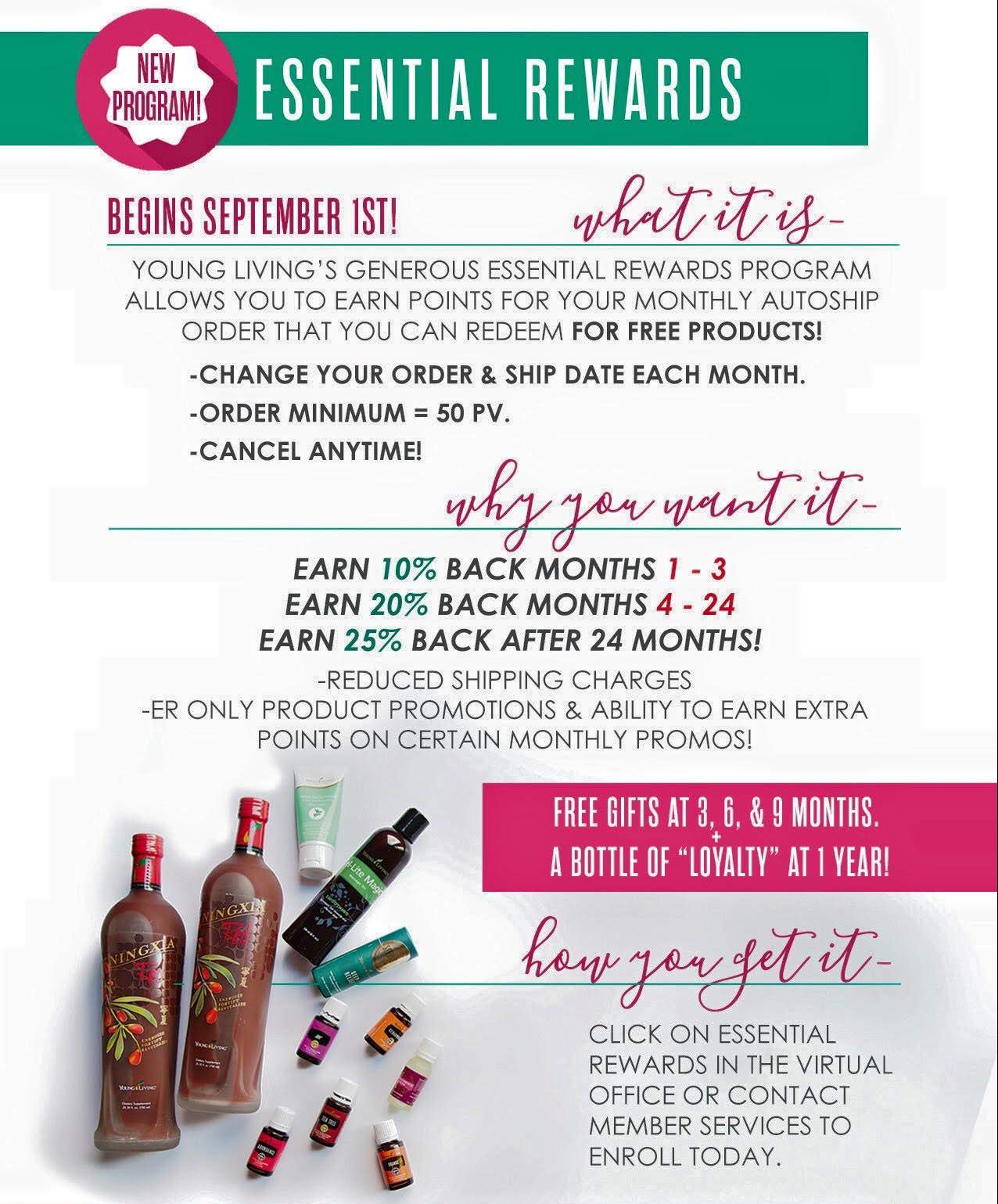 🌺Step 1: Choose what kit resonates with you

🌿 Step 2: You have the option to make your starter kit your first Essential Rewards order to start earning REWARDS from your first purchase.

💜Step 3: Optional-Customize your next month's order. Fill your cart with minimum 50PV. You can also change this as many times before this ships next month (You are not getting charged for this until next month!!)

🌻Step 4: Plug in your shipping info and create a username

Once you get the Starter kit of your choice:

Benefits of working with Young Living

In our generation we now have abundant access to plants, scientists, chemists, biologists, farmers, herb doctors, ayurvedic healers, yoga practitioners, grandmas who have used plants as remedies for 1000s of years.

This planet is pure positive energy, a lavender seedling needs no permission to start growing, it naturally does its duty and grows given all the right elements.

As a Young Living Wellness advocate I feel fully supported by my upline and families who work along side me.  It is easy to share  when you take control of your health. Now more than ever is a perfect time to give your hard earned money to places you trust.

I empower myself daily to learn about  nasty chemicals. (WATCH “STINK” on Netflix) I also started incorporating more LIVE plants.

FUN FACT: Plants naturally filter the air in your home. So ditch those nasty synthetic fragrances!! 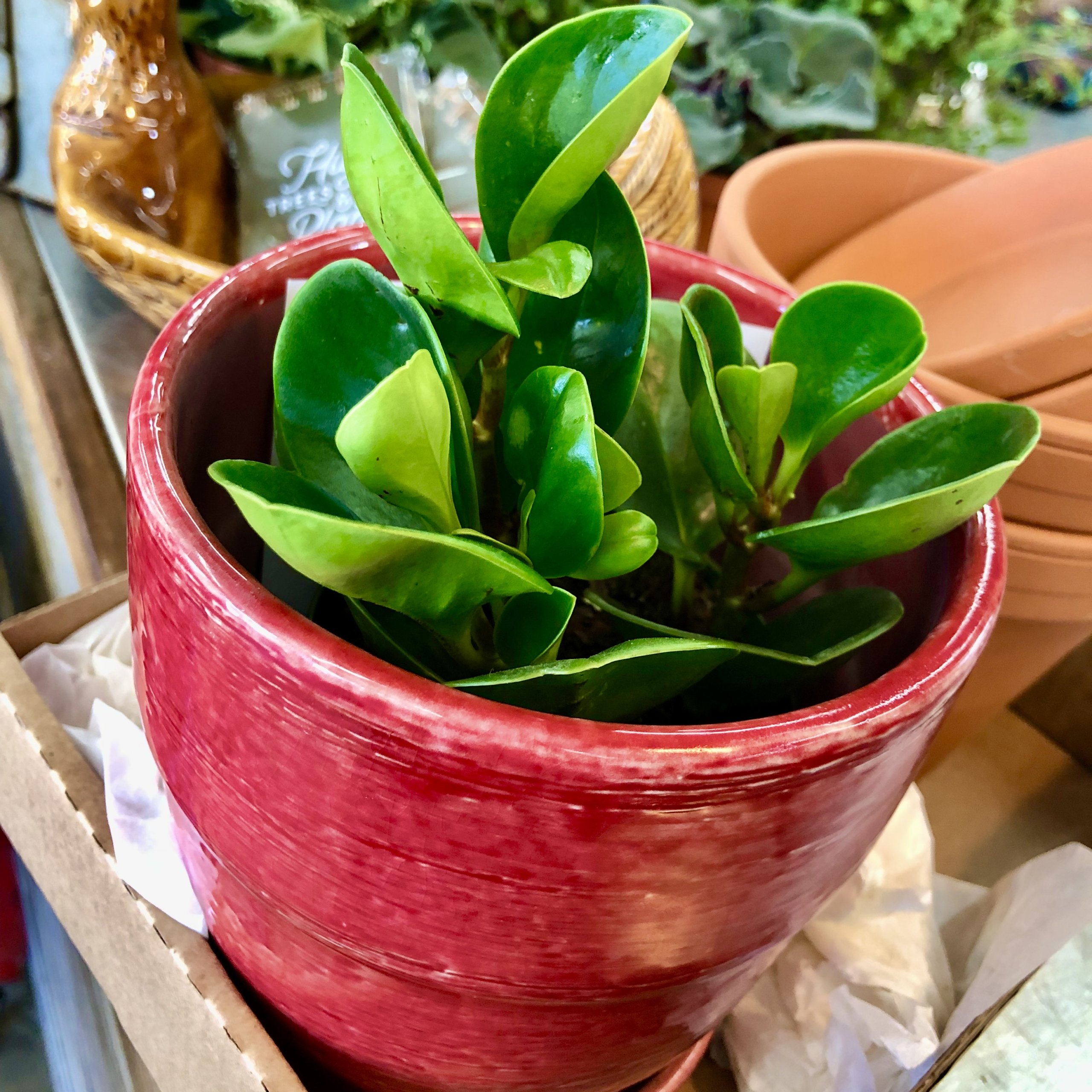 If you truly have an interest in turning this hobby or love of plants into a full time stress free career. Just choose your starter kit and we will be in touch with you!!

Optional: Make your first purchase your first Essential Rewards order to start earning points and to receive a FREE Oil.

Why do I need to get a starter kit to start working with you?

Getting a starter kit jump starts you into the Young Living family. You get to see, touch, taste, and witness the magic of these blessings whether its through the oil kit, Thieves Kit, CBD kit or Ningxia Kit.

If you want to share these earth blessings you absolutely should experience the magic first hand. Then you can share what’s worked for you, give personal advice, and help onboard others to share with you.

Is Young Living a Pyramid Scheme?

NO!! This is my favorite question to answer, since I was almost recruited into an actual pyramid scheme.

Definition of a Pyramid Scheme:

I was invited to A Pyramid Scheme called a “Blessing Loom,” where I had to invest $1800 to the circle. I would have had to recruit two more people to pay in $1800, so I would level up to make it to the top. So if I kept recruiting more and more I would eventually get to the “center” of the circle to recieve the “gift” of $30,000.

A Pyramid Scheme is an illegal investment of money with no products given, just a promise to the “Jackpot,” at the end for recruiting more members to invest. Essentially it is like a gamble, that works for some and other times it could be a scam.

If YL was a pyramid scheme it would not be a trusted an ever growing legal company on the market now that offers “real sustainable” products.

As a YL builder you would introduce this lifestyle to people who resonate with those wellness values. You would earn a residual monthly income from members and builders alike.

You never have to sell your own supply to make commissions. You make commissions off of the lovely humans who trust your judgement and want to support you and Young Living farms.

So if you find yourself reading this far, I THANK YOU. You must care immensely about this planet. Be a part of this wellness movement!! 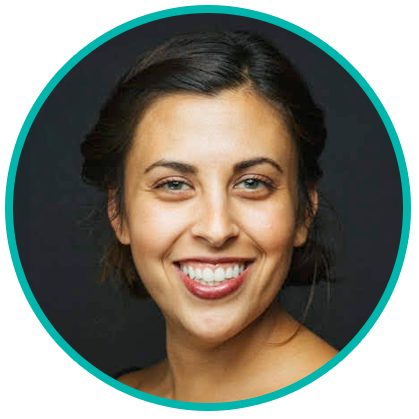 Take a pause from self-sabotage.